Article: Networks powering on through the energy transition

Australia’s transmission network plays a central role in the energy transition. We asked three senior practitioners in this sector to give us their views on how networks will impact, and be impacted by, the transformation of the energy system:

Energy transformation does not happen without the transmission network

Networks are embarking on a period of investment not seen for fifty years; restructuring to match the needs of the energy transition. The fundamental role of networks won’t change: power will be moved from where it is generated to where it is needed, but with generation becoming more decentralised there are greater distances to cover and an increased load.

Mark Vincent, General Manager Strategy and Transformation, SA Power Networks says, “we will need to carry increasing amounts of energy through electricity networks – at least double, as we electrify transportation, and perhaps as much as 10 times if Australia becomes a hydrogen superpower.  The electricity system will also need to deal with hugely intermittent energy sources, and potentially large spikes in energy demand resulting from new applications such as EV charging.”

Gerard Reilly, General Manager Communications, Customer & Engagement, Powerlink Queensland says, “Whether it’s creating Renewable Energy Zones to drive coordinated and efficient renewable development, connecting storage such as pumped hydro and grid-scale batteries or supporting new load growth such as hydrogen and electrification of heavy industry - no other part of the power system will play as important a role in the energy future as transmission.”

Mark defines the role of networks as ensuring that customers new energy needs are met, while integrating new energy sources as efficiently as possible.

For Gerard, the challenge is to plot a least regret investment pathway “so no customer is left behind and to ensure that costs and risks are appropriately shared across the supply chain – not just with end-use customers.”

Terese Milford, Senior Future Technologies Development Engineer, Ergon Energy and Energex, agrees, noting that “not all customers will have their own generation or batteries. Networks will help facilitate a least cost energy transition overall.”

Terese dismisses the dream of a completely reimagined energy transmission system, because “other than greenfield sites we don’t have an option to start from scratch.” She does note that, “three-phase connections would certainly help to balance loading on the network!”

Mark Vincent is confident current infrastructure has the spare capacity needed because it was built for ‘peaky’, demand. The example he gives is electrifying South Australia’s entire light vehicle fleet, which he says could be done with “only minimal network upgrades – as long as customers avoid charging their vehicles during summer evenings!”

Mark says the real difficulty arises in ensuring effective utilisation of this spare capacity. He says it will require “a combination of good customer education and incentives, technology that makes things easy for customers, and investment in networks’ capabilities to understand and communicate real-time network capacity (what some call Distribution System Operators - DSO).”

Mark goes so far as to predict that “if we get this right, we can dramatically reduce customers’ energy costs, while decarbonising and maintaining safety and reliability.”

Using the network we’ve got in a more intelligent way

Both Mark and Terese are focussed on making better use of existing infrastructure with intelligent design. Terese emphasises that effectiveness relies on installing and gaining access to data from meters and monitors on the network, but that the data has to result in useable information to assist grid optimisation. She says, “It is important to design IT platforms to easily access and combine data across multiple source systems in a meaningful way.”

Marks believes IT and IoT will be fundamental in optimising the future energy system. Everything will have to be smart, from customers’ devices, distributed energy resources such as solar PV and batteries, to electric vehicle chargers. If smart devices are supported by the requisite investment in technology for network systems, he envisages leveraging the resulting flexibility, “providing significant savings to customers, and reducing long-term network costs.”

Terese says AEMO’s work on the Integrated System Plan will be important for the NEM in building system strength. She describes familiar mechanisms like network upgrades, synchronous condensers, inverter tuning and grid-forming inverters as valuable elements in managing the integration of more inverter-based resources. But with falling system strength, she is keen to see “more accurate electro-magnetic transient models and modelling to identify cost effective options that can be operated securely.”

Three potential roadblocks that could derail the transition

All three of our interviewees raise different issues which may have severe consequences. For Mark, social licence to operate is going to be one of the biggest challenges. He says, “there needs to be greater emphasis placed on the importance of early and authentic engagement with communities and landholders impacted by energy infrastructure.”

He notes that poor social licence has a material impact on the cost and delivery timeframes of new network infrastructure, and wants networks to improve in this area. “We must do a better job of listening to our communities and landholders and understanding their needs and priorities.  Our goal should be to develop co-existence arrangements with landholders and seek to provide lasting benefits for the communities in which we operate.”

Terese is keen to see improved modelling of the distribution network to better inform planning, protection, and operations through the energy transition. Effective modelling could result in timely autonomous responses, supporting the wider grid within seconds, or within minutes in the case of coordination of a DER fleet to mitigate network and system constraints. She says, “it will become increasingly important that inverter-based resources are actively managed and contribute positively to network performance and system strength.” Inaccurate or incomplete modelling could reduce the capacity of networks to meet changes in demand.

Mark Vincent is concerned about aging assets, noting that the energy transition requires a strong foundation. He says that some distribution networks have asset fleets that will require “marked increases in levels of investment” to maintain performance, particularly as they near end-of-life.

Describing the situation in South Australia, he says, “the average age of our distribution asset fleet is 45 years, and current replacement rates infer that our assets will need to last 200 years. This is clearly implausible.”

Increased emphasis will need to be placed on efficient forecasting of ageing asset risks and effective strategies to ensure that safety and reliability can be maintained – particularly as our community becomes increasingly dependent on electricity.

Judicious investment in social licence, the right technology and replacing aging assets will resolve these issues. The transition has unleashed massive expenditure – let’s hope that our experts’ concerns are adequately budgeted.

Hear from Gerard Reilly, Terese Milford, Mark Vincent and a host of energy leaders in the Re-engineering the Grid stream at Australian Energy Week. 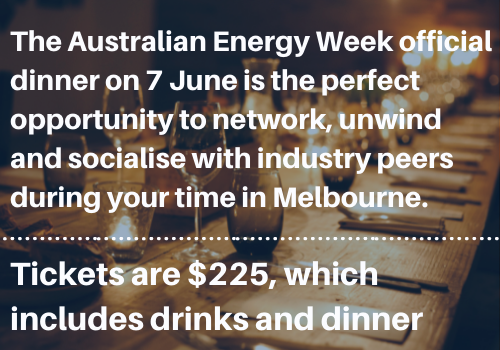 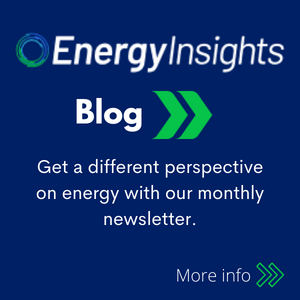 Quest Events recognises the First Peoples of this nation and their ongoing connection to culture and country. We acknowledge First Nations Peoples as the Traditional Owners, Custodians and Lore Keepers of the world's oldest living culture and pay respects to their Elders past, present and emerging.
Quest Events Pty Ltd 2022. All rights reserved.